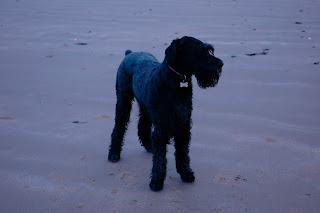 I like sleeping. On top of Owner’s bed, on top of Grumpy child, on top of Owner, sometimes on top of Tula The Perfect Dog (although you have to be fast moving if Tula decides she is getting fed up of being squashed…). I mean, eating is good, particularly the big box of Fish4Dogs doggy treats which was about £25. Who left the entire box within climbing range of the Minxster? Well, I’m not sure, but whoever it was I’m a big fan. And Owner was very happy too because she said “For crying out loud those were to last both of you at least 3 weeks!”. So by eating them within a very short time frame it has saved Owner the terrible worry of where to store all the treats. The answer is: in my stomach.

But once the eating has finished it is time for the sleeping. Owner has been fairly tired recently, I have no idea why (although she keeps frowning at me when she says she is tired) and has thus fallen asleep on the sofa on several occasions. By waiting until Owner makes a noise like a saw mill, a careful Minxster can climb over the arm of the sofa and snuggle up next to Owner. Not the top end though, just in case Owner drools on me in her sleep. Eurgh. Sometimes Tula The Perfect Dog beats me to it, which isn’t a problem. You just wait until both Owner and Tula The Perfect Dog are asleep then bash them both with your paw until they wake up, and hopefully they blame each other.

Owner doesn’t sleep as well in her bed as she appears to on the sofa. Apparently when I sleep outside her door and decide to have an ear scratch fest at 3am which rattles the door like a juggernaut is coming through, and add to that my “RRRRRRRRrrrrrrrrRRRRR” conversation to let Owner know I have the EXACT right place to itch, it doesn’t help Owner to sleep. Strange. With this in mind, I came upstairs one day to find Tula The Perfect Dog has a new bed that looks like a deluxe off the ground double hammock with a massive duvet on top. Tula and I went to sniff it, we put a paw on it, then Tula ignored it and got on Owner’s bed, whilst I helped by pulling the duvet back off the new contraption. Meanwhile, Owner had washed my nice old smelly duvet and put the new yucky smelling one inside a soft dog bed and pushed it as hard as possible against her door as a sort of sound proofing device. This was easily sorted by pulling the duvet out of this bed too, and gave an excellent opportunity to eat a bit of duvet and scatter some foam about over the landing and down the stairs as a treat for Owner when she woke up. A winter wonderland in the middle of summer, what a thoughtful little hand bag sized Giant I am.

It took Tula The Perfect Dog 4 days before she caved and started using her new bed. I won’t go near it as I think it is a secret torture device that may eat me if I sit on it. I have decided to sleep on either side of my new soft bed, but won’t yet risk going IN the bed overnight. Tula The Perfect Dog is happy to roll about in it, but I’m not so sure. Owner carefully places me in the bed at night, but as soon as she shuts the door I creep out and lie on the carpet instead. Besides it makes a much better noise when I scratch if I can get myself flat against the door without the stupid bed in the way…..and if owner is tired, well maybe she will fall asleep on the couch again and we will all be happy. I noticed Owner has bought some interesting devices called “ear plugs” the other day, but as yet, I haven’t had the opportunity to eat them. Don’t worry, I will update you as soon as I do.....
Posted by Minxster the Naughty Giant Schnauzer at 02:40